"BECAUSE OF YOUR SACRIFICE TO DEFEND OUR NATION, I AM SERIOUS ABOUT MY EDUCATION!"

Academic Patriotism asks every American student to make the above statement of commitment to a member of our United States Armed Forces.

Carl R. Boyd is a civilian Mid-America Hall Of Fame Educator with 50 years of experience. His appeal to all American civilians to "do our part" is based upon honoring his three older brothers, Herbert a Marine, Gene an Airman and David a Soldier, and all service personnel, for making it possible for him to be the first in his family to graduate from college.

At the beginning of his career as a seventh-eighth grade science teacher at Douglas Elementary School, on the south side of Chicago, in 1964, Boyd received six teaching awards for outstanding service in his first ten years. He received a special award from his peers after six weeks of substituting at J.S. Chick Elementary, in 1980 when he relocated to Kansas City, Missouri. As a speaker and workshop presenter, Boyd has made presentations to educators in all but three
states in the United States. October 4, 2007 was proclaimed "Carl Boyd Day" in Waco, Texas when he launched The 5th Front Campaign, the forerunner to his current appeal to American students. Mr. Boyd was one of four American speakers to address the China-U.S. Conference on Education
in Beijing, China in 1997. Though he did not serve in the military, he did perform with an R&B singing group throughout Southeast Asia, including Vietnam, for our troops in 1970-'71, through USO Shows. The group members were Claude Bossette, Farnell Jenkins, John M. Jones, Paul Kelly and Carl Boyd - all public school teachers. They called their group The Teacher’s Edition. 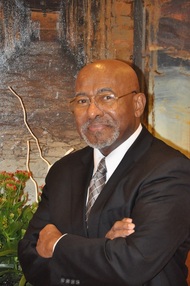