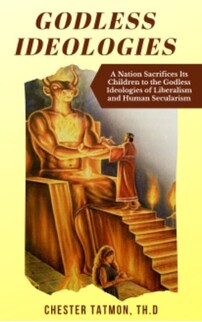 From a biblical perspective, nothing happens by coincidence or accident. God is the ultimate planner and designer. What He plans, He performs. God planned that the Messiah should come into the world, so He formed the nation of Israel to execute that plan. Just as God formed the nation of Israel, He also brought America into existence. He has used this nation to spread the Gospel to the far corners of the world. However, like Israel, America seems to be rejecting the God of Abraham, Isaac and Jacob. It appears that America is exchanging God for the godless ideologies of liberalism and secular humanism, which denies His existence. These winds of ideas have swept our children far away from the traditional values that once influenced this nation. Truth no longer has an absolute standard whereby it can be measured; therefore, each person determines what is truth simply by stating it is his or her truth. Apostle Paul correctly concluded of the Roman society that they had exchanged the truth for the lie. Has America followed its path? Will she meet the same fate as that society?