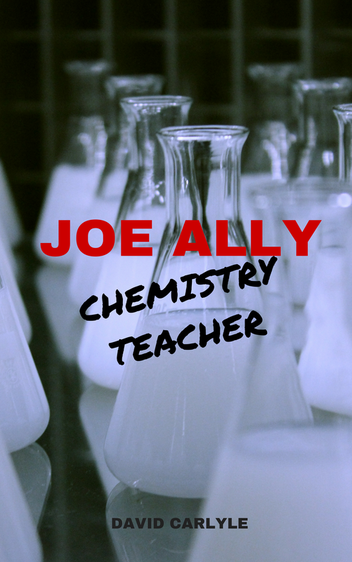 Joe Alley marries SueAnne Thomas and from there the myriad of badgering takes place that they just can't quite understand. Why the hassle? Is Joe a target? If so, why? Was it something he did? Was it SueAnne? What did she do? In this interesting story of people being affected by the choices of their fathers. Pull up a chair, hunker down and enjoy this thrilling ride through the life and times of Joe Alley; Chemistry Teacher.

​I grew up on a farm in Johnson County, Missouri. My parents added electric wiring to their house when I was eight years old, later a telephone, still later a TV, and even indoor plumbing after I started to college. I married a fabulous woman named Adair during our senior year in college, and we are today parents of three, grandparents of ten, and great grandparents of two. Adair and I lived in Columbia, Missouri until we both graduated from MU in 1960.

We moved from Columbia to Claycomo, then to North Kansas City, Missouri. I worked, and Adair worked until our first daughter was born in 1962. Our second daughter was born in early 1964. We moved to Nevada, Iowa soon after, where I studied at ISU at Ames, until the summer of 1968. We lived a year in Boulder, Colorado, where our third daughter was born, then I worked as Assistant Professor of Chemistry at Texas Tech University at Lubbock until 1974.

We returned to rural Odessa, Missouri, where our children grew up, where we both taught in the Odessa schools, and where we operated the family farm. We semi-retired in 2004, sold the farm, moved into Odessa, and I began a writing career.