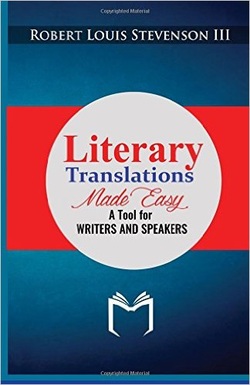 This brief rhetoric introduces the essential strategies that writers and speakers need to succeed in communicating with audiences. Taking the transition from everyday language to communicating on a global perspective as his starting point, Stevenson speaks directly and honestly to readers, offering them practical strategies to shed ineffective habits and move toward a more mature, flexible command of the English language. Distilling information about writing and speaking has changed, Stevenson shows his students how to demystify what they're aiming to say and approach their hearers more effectively. This second work offers more advice on how to meet the challenge of synthesizing and integrating language, and the text has been streamlined to be a better, more relevant  reference in this day

About Robert Stevenson ​Mr. Robert Louis Stevenson, III is a native son of Lambert, Mississippi. As a youth growing up in the Mississippi Delta, for twelve years he worked as a laborer in the cotton fields. At the age of eighteen years he entered the United States army and served in an artillery battalion for four years. After returning home from Germany, he entered the United States Air Force where he served for sixteen years in various administrative positions.

After retiring from military service, for the next twenty three years he worked both as an insurance agent and as an automobile salesman. Presently, he is credited with over twenty years as an employee with the United States Treasury Department.
​
Mr. Stevenson holds a B. A. Degree in Retail Marketing from Avila College (now Avila University), Kansas City, Missouri